BOSTON—May 15, 2019 — As millions of students don caps and gowns for graduation this month, they’re also leaving campus with something else: confidence in their futures. The majority of recent and upcoming college graduates—82 percent—say they are optimistic; and data shows graduates are entering a landscape of positive opportunity despite high student loan debt and housing costs, according to the first Cengage Student Opportunity Index.

The Cengage Student Opportunity Index measured the opportunity environment for graduates across 17 indicators, using existing public data and a survey of 2,500 recent and upcoming graduates. Categories measured included economic, employment, social and personal well-being, with scores calculated on both a national and regional level. The Cengage Student Opportunity Index will be tracked over time to provide insight into the environment for new graduates.

“A college education has long been seen as the path to a better job and, ultimately, a better life,” said Michael E. Hansen, CEO of Cengage.  “The Index shows that college is still a solid investment, but students’ optimism about their futures signals they don’t yet appreciate how loan debt and housing costs may impact their ability to find the jobs they want.  This clearly underscores the need for the education ecosystem to work together on policies and programs that make college more affordable and help students transition from college to the workplace.”

Key findings across the Cengage Student Opportunity Index include:

• Employment: With the unemployment rate down, recent and upcoming graduates are bullish on job opportunities, though some of that optimism may be misplaced.

• 93 percent of near-graduates think they’ll land a job related to their educational background within 6 months of graduating; however, only 60 percent do.

• 88 percent of recent and near-graduates believe the number of available jobs in their field of study will increase in the next 2 years.

• 67 percent expect to meet their salary expectations within a year; however, they may need to move to another state to get it.

• The Midwest and South benefit from the lowest unemployment rates for college graduates.

• Economic: Data shows household income and GDP per capita are on the rise, as is student loan debt and housing costs.

• Half of recent and upcoming graduates (51 percent) say they have student loan debt, and among those with debt, the average amount is $22,919.

• On average, respondents think it will only take 6 years to pay off their loan debt, while other data indicates it will take 20 years.

• Recent and upcoming graduates in the West anticipate the lowest average debt, the Northeast had the highest.

• Those in the Northeast and West are particularly impacted, with 73 percent saying they will have to move to buy a home.

• Social: A strong cohort believe the economic outlook is better than when they began college, however there are concerns about the future of the country.

• Men tend to be more optimistic with 49 percent thinking the country is going in the right direction, while only 29 percent of women agree.

• Personal Well-Being: Most recent and upcoming grads feel safe and healthy, but there is room for improvement.

• 66 percent are satisfied with their physical health, though 62 percent have had difficulty covering a healthcare expense.

• 71 percent are satisfied with their mental health and report general satisfaction with their romantic relationships (70 percent).

• Recent and upcoming graduates in the South and Midwest have lower confidence in their physical and mental health.

Additional findings from the survey portion of the Index show the level of graduate optimism varies across different political and socioeconomic groups.

• Those with loan debt are more likely to say the country’s economic outlook is better than those without debt (57 percent to 38 percent).

Cengage is the education and technology company built for learners. As the largest US-based provider of teaching and learning materials for higher education, we offer valuable options at affordable price points. Our industry-leading initiatives include Cengage Unlimited, the first-of-its-kind all-access digital subscription service.  We embrace innovation to create learning experiences that build confidence and momentum toward the future students want. Headquartered in Boston, Cengage also serves K-12, library and workforce training markets around the world. Visit us at www.cengage.com or find us on Facebook or Twitter.

About the Index Methodology

The Cengage Student Opportunity Index is calculated based on 17 indicators across four categories: Economic, Employment, Social and Personal Well-Being, with data obtained from both primary and secondary sources.

Primary data was obtained from an online survey conducted by Wakefield Research among 2,500 recent or near college graduates, defined as those who graduated in the past 12 months or who will graduate in the next 12 months. The survey was fielded between January 18 and February 1, 2019. Quotas were set to include 500 students in each of the following majors: business, biological and biomedical sciences, health professions and related programs, humanities and social sciences, and STEM subjects excluding biological and biomedical sciences. The margin of error for this study among the total sample is +/- 2.0 percentage points, calculated at the 95 percent confidence level. 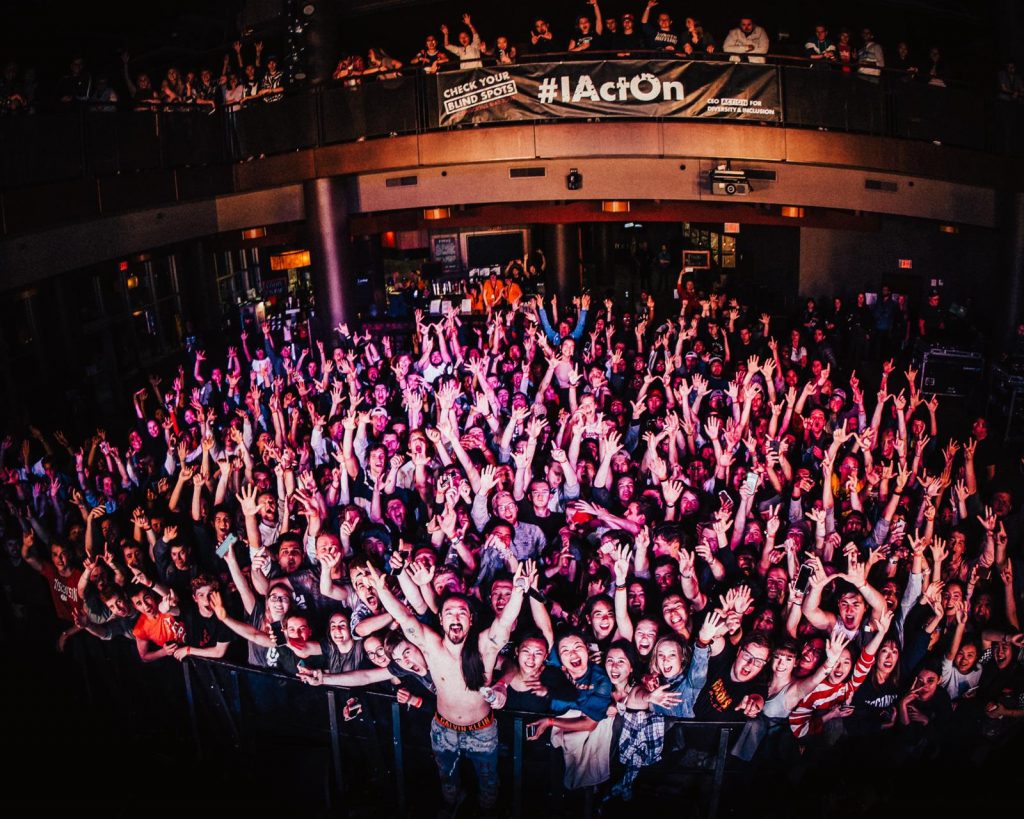 Two-time Grammy-nominated DJ and Producer Steve Aoki engaged a select crowd of University of Wisconsin-Madison students as part of the national CEO Action Check Your Blind Spots tour. Known for promoting more inclusiveness across the music landscape, Aoki’s on-campus performance Wednesday celebrated more than 500 students for their willingness to learn more about starting meaningful conversations about diversity and bringing inclusion in their daily interactions through the I Act On pledge.