New York, NY (August 25, 2010) – College guys have it tough when it comes to keeping clean. From lounging on stained fraternity couches, to tailgating in the heat, and sprinting around campus between classes, there are plenty of ways to get dirty before a night out. However, when it comes to impressing girls, a new study from AXE Shower discovered that cleanliness is the key and should be a priority for guys. The results were clear: clean guys get the girl – nearly two-thirds of girls (65%) agreed that a guy’s cleanliness was sexy and a determining factor in whether or not she would date him.

AXE, a leader in men’s care, teamed up with the Sports and Leisure Research Group, to conduct a study with guys and girls at six major U.S. colleges and universities to see what they really thought about male grooming. In the random crossover study, 261 guys at six major Universities were asked to shower with bar soap for one week and with AXE Phoenix Shower Gel and the AXE Detailer Shower Tool for a week.

Actress Vanessa Minnillo partnered with AXE to tap into the study findings and what it means for guys. “‘True beauty’ comes from within,” says Minnillo. “But, guys, don’t kid yourselves, you will have no chance with the ladies if you don’t pay attention to all aspects of your game.  This study proves what us girls have known forever – clean guys are sexy – and a great way to ensure you are clean is with AXE Shower Gel.”

That’s What She Said
With the insights from girls across all six campuses, AXE honed in on what girls truly want and found that college girls agree: cleanliness is next to sexiness.
•    ‘A’ for effort – 66% of girls surveyed felt that a guy who put more effort into their personal hygiene was sexy.
•    A shower a day makes the girls want to play – 3 out of four girls (75%) said that they would only date a guy who showered daily.
•    Should I stay or should I go now? – The majority of girls (81%) said they’d be more willing to shower at a guy’s apartment if he had AXE Shower Gel in his shower (as opposed to bar soap).

Clean Man on Campus
Knowing that girls dig a guy with that “just took a shower” smell, AXE wanted to find out from girls who they thought were the cleanest guys on campus.   The verdict: the school’s hottest guys are more likely to be found in the library than the weight room.
•    Hot for teacher – Almost half of the girls (47%) agreed that professors were the best groomed men in school, followed by members of student government (45%), Pre-med students (44%) and guys who attend Ivy League schools (44%).
•    Fraternity rush…to the showers – of all campus groups, girls viewed frat members as having the worst hygiene on campus (39%), followed closely by the newly independent freshmen (29%), on-campus residents (23%) and varsity athletes (16%).

Believe to Achieve
After using AXE, guys saw an immediate boost to their game.
•    So fresh and so clean – Most guys said they smelled better (90%) after using AXE Shower Gel than they did after using bar soap alone.
•    Confidence is key – After showering with AXE, nine out of 10 guys (91%) felt more confident in approaching girls and commented that they’d be ready for that chance hook-up opportunity.
•    Under pressure – 88% of guys felt more confident in high-pressure situations, such as internship interviews, class presentations, etc., after showering with AXE.
•    Saved by the shower – In fact, during the week in which guys showered with AXE Shower Gel and the AXE Detailer Shower Tool, they were seven times more likely to hook up (23% vs. 3% of those who used regular bar soap).

Step Up The (Grooming) Game
The key to stepping up a guy’s game can be as simple as upgrading his shower routine. Campus life can be a little easier with a host of products by AXE Shower designed to keep guys at the top of their game.

The AXE Detailer Shower Tool and 12 fl.-oz Shower Gels have a suggested retail price of $3.99 each. All are available at most food, drug, club and mass outlets nationwide.

About the Study Methodology
College aged males were pre-screened and recruited at six college campuses nationwide. From January 30 – February 20, 2010, each was asked to use Axe Shower Gel and Detailer Tool for one week, and a control bar of soap for another week. Respondents were then asked to complete a post survey asking about their product preference and attitudes. Post test surveys were completed both online and via personal telephone interviews. A supplemental women’s survey was conducted to gain a perspective on some of the same issues, as well as elicit reactions and observations to their friends using Axe Shower Gel. These results are drawn from a total of 367 respondents – 261 men and 106 women.

About AXE
AXE, a leader in men’s care, is an iconic personal care brand around the world that helps guys look, smell and feel their best. The Unilever-manufactured brand is available in a line of deodorant bodysprays, deodorant and anti-perspirant sticks, shower gels and hair care products.  AXE is the No. 1 men’s grooming brand in the U.S., excluding shaving hardware, and achieved this status only seven years after launch.  Including deodorant bodysprays, AXE is the largest men’s deodorant brand in the U.S.

The brand’s mission is to help guys get the girl with grooming products that reflect individual personality and lifestyle.  For more information, visit www.theaxeeffect.com.

About Unilever North America
Unilever works to create a better future every day.  We help people feel good, look good and get more out of life with brands and services that are good for them and good for others.  Each day, around the world, consumers make 160 million decisions to purchase Unilever products. In the United States, Canada and the Greater Caribbean (Trinidad & Tobago, Dominican Republic, Puerto Rico) the portfolio includes brand icons such as: Axe, Becel, Ben & Jerry’s, Bertolli, Blue Band, Breyers, Caress, Country Crock, Degree, Dove personal care products, Hellmann’s, Klondike, Knorr, Lipton, Omo, Popsicle, Promise, Q-Tips, Skippy, Slim-Fast, Suave, Sunsilk and Vaseline.  All of the preceding brand names are registered trademarks of the Unilever Group of Companies.  Dedicated to serving consumers and the communities where we live, work and play, Unilever employs more than 13,000 people across North America – generating nearly $10 billion in sales in 2009.  For more information, visit www.unileverusa.com 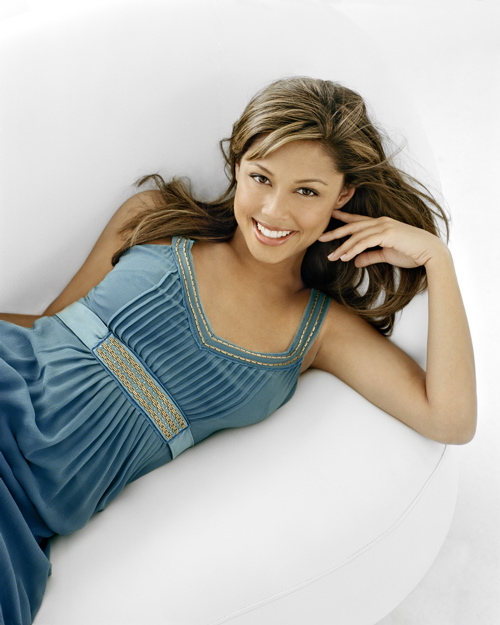