OYSTER BAY, NY, Feb. 17 – “The Making of CCS”, is based on the creation of New York’s Automotive and Petroliana Museum — Collector Car Showcase – that opened in January 2015. A Web series starring CCS founder/creator David Jacobson, will debut its four episodes exclusively on www.collectorcs.com, beginning Feb. 18.

The first episode, “Raise Your Hand if you’re an Expert” will premiere on the website with a new episode to be released bi-weekly through the end of March.

The 30-minute show will take you through the interesting, wacky, fun, and exciting journey that Jacobson and his team took while building and curating this automotive historical masterpiece.

In the series, Jacobson meets with experts and collectors from the automotive and sign collecting worlds while his patience is tested by contractors and deadlines.

“Documenting the building of CCS was originally for my own purpose,” he explained.  “After a few weeks of shooting, we realized just how interesting and fun it would be for people to watch. Today’s fast-moving technology was also key in enabling us to distribute the series to a wider audience on the internet.  For this reason alone, we chose to forego the TV route, where you find programs like ‘Jay Leno’s Garage’, and elected to release it as a Web series similar to Jerry Seinfeld’s ‘Comedians in Cars Getting Coffee’.”

It has been a blast and a pleasure working on “The Making of CCS” with David and the team since Nov. 2012, offered Keith Muller, president of MVP Productions in Franklin Square, NY. “It’s a pleasure to bring this fantastic show to audiences throughout the country and abroad and to be able to offer advertisers the opportunity to position their brands on this unique show.”

The web series can be viewed at www.collectorcs.com on any electronic devise that has access to the Internet.  Smart phones, tablets, iPad, Internet TV and other mobile and home-based electronic devises are applicable.

About Collector Car Showcase
Conceived in 2012 by David Jacobson, the 18,000-square-foot multi level facility opened in January 2015 on the southern approach to Oyster Bay, NY.  Filled with antique cars, collector autos, Petroliana, related memorabilia from the early 1900’s thru 1970 and the advertising that promoted this on the silver screen and airwaves, Collector Car Showcase operates five days a week.  Hours of operation and other information may be found at www.collectorcs.com. 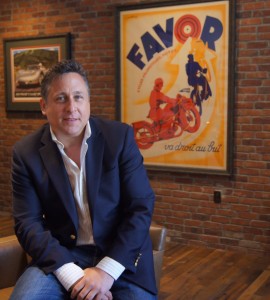 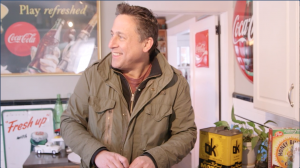 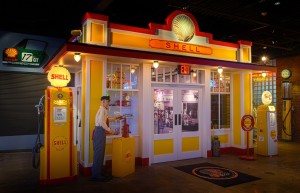 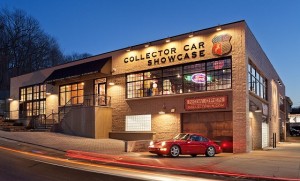 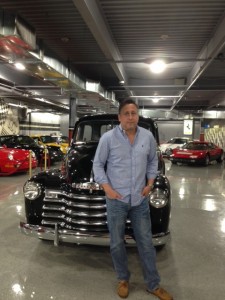 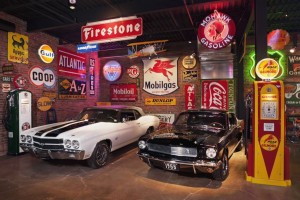 Interior shot with Shelby and Chevelle