Not Getting Angry, Just Getting Even
A Target Game, Pigeon Hit Squad Settles Scores the Way Pigeons Do

New York, NY) Payback is not just a bitch – it’s an awesome new game! Pigeon Hit Squad is a new mobile app game that lets players paste photos of real-life people they’re fed up with onto targets –for the purpose of being bombed by pigeons. Frustrations melt away faster than bird droppings on a windshield during a hurricane!

Pigeon Hit Squad for both iOS and Android devices provides a target-rich environment of social villains from everyday life ready to be humbled by the uncanny fly-by accuracy of pigeons on a strafing mission. A fun, nonviolent way to release anger, Pigeon Hit Squad is a sure way to reduce daily frustration. Perhaps the most satisfying aspect of the game is the player’s ability to customize targets by inserting faces of the player’s choosing, selected from their own photo galleries.

They will derive optimal fun from pigeon “bombing” the noggins of real morons culled from their photo galleries. An in-app purchase of “poopons” for photo uploads allows players to simply drag and drop a photo of a least favorite individual onto an existing character. In addition to the aforementioned real life targets, others can include annoying politicians, in-laws, dates, spouses, celebrities, next-door-neighbors, all of whom get a  “Splat!”  As players even the score with their foes, they ascend to more advanced levels of game play.

Pigeon Hit Squad offers a “poopular” way of commenting on the carnival of current events while providing nefarious people in the news or daily life with the comeuppance from above they so richly deserve. 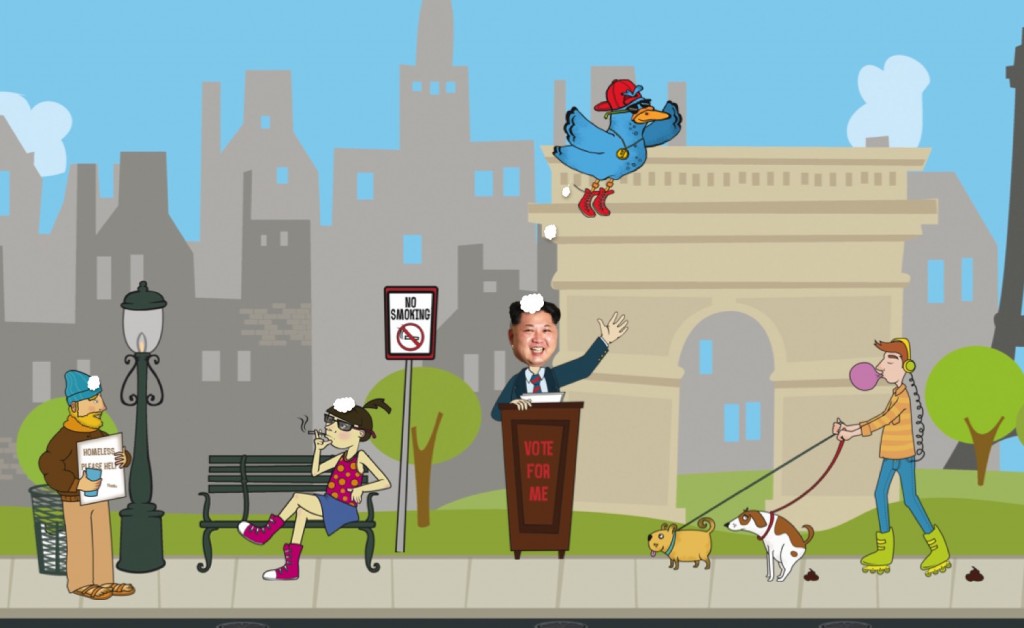